Why We Shouldn’t Undervalue Our Services Based on Opinion 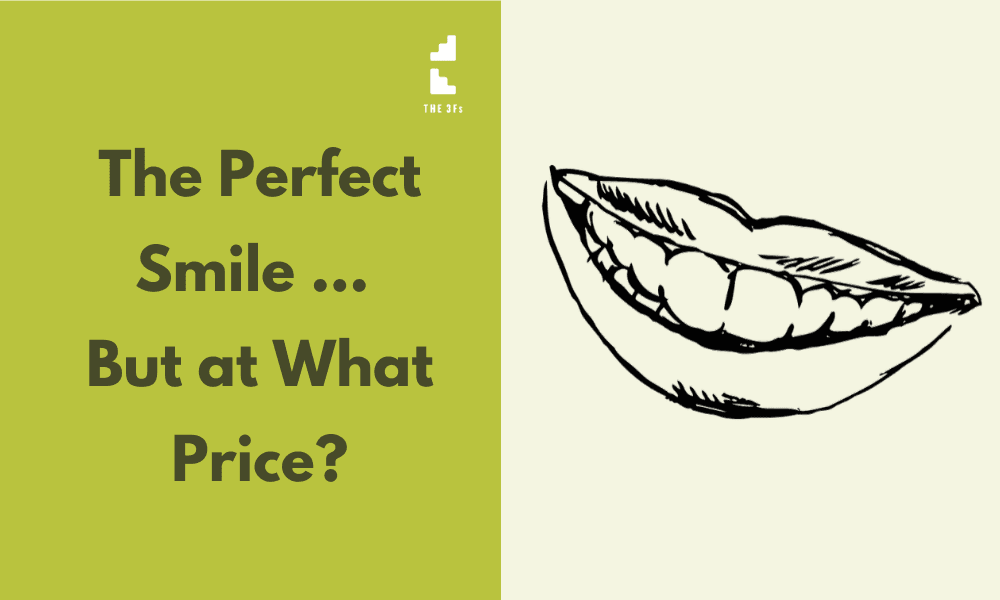 It's funny, the different values that people associate to different things …

I met someone recently who had chipped their front tooth. It wasn't causing them any pain, and hadn't done any damage that needed to be fixed, other than from an aesthetic perspective …

It was a fairly substantial chip though. In fact I'd go so far as to say they'd lost the best part of half their tooth. So it was pretty noticeable.

He of course went to the dentist, where he was told the only permanent solution would be a crown … which was going to cost him the best part of £1000.

Now £1000 is a lot of money, but to me – in exchange for having a full front tooth again – it is money I'd be prepared to spend.

But this guy thought differently.

He said he couldn't really afford it right now, and so decided to just leave it as it was for the time being … until he has a bit more "cash to spare".

Ultimately, he just wasn't all that bothered by it, and he felt £1000 was an excessive cost for what he was getting in return.

This in itself I found a rather satisfying example of the different values people place on things.

But I then found out something else about this same guy …

In the same accident that caused him to lose half his tooth, his phone had been broken beyond repair.

And unfortunately, he had neglected to buy phone insurance – another example of the value he had assigned to the cost of an insurance policy vs the likelihood of needing a claim, perhaps? This I don’t know …

What I do know, is that in the absence of any means of replacing this phone through insurance, he chose to buy a new one outright … and immediately.

And he purchased a brand new iPhone. Which as we all know, you don't get much change from £1000 for.

Now THIS I found interesting.

Faced with a lost phone and a lost tooth at the exact same time, he chose to replace the phone over the tooth.

He could have perhaps bought a cheaper phone, and thus been able to get both a phone and a tooth crown for not a great deal more than £1000.

But clearly, the iPhone itself was important.

The VALUE he placed on having an iPhone was WORTH the nearly £1000 it cost him.

All his devices are Apple, it turns out. So the value of having his phone sync with his laptop was, to him, well worth the cost. And not only that, but also worth the additional "cost" of being without half his front tooth for some time longer.

It goes to show. Everyone has their own perception of value, and everyone will be prepared to pay what THEY perceive as a reasonable price in exchange for the value they're getting.

So perhaps this is all we need to think about, if we're ever contemplating dropping our prices … or worse, if we're not charging enough in the first place.

WE know the value we can offer our clients.

And WE know what that value is worth.

Yet maybe, some people won't really ever understand that value. Maybe it just isn't the value that they are really interested in.

So perhaps we just need to remember that the service we provide is an important one to the RIGHT client.

And THAT client will pay whatever it costs. In fact, maybe they'll even be prepared to pay more if they know it really is EXACTLY what they want? … exactly what they VALUE?

So maybe, instead of charging too little or dropping our prices, we just need to remember that those clients that want us to, aren't our right clients.

This guy I met could have asked the dentist … or Apple … to drop their prices so that he could afford both the tooth and the phone – but of course, he wouldn’t have had any luck given the industry and company we're talking about.

So if THEY aren't going to drop their prices, because they KNOW the value of their service … why should you?